In this article you’ll get to know all kind of basic features of windows 11. It is possible that some of these features you already know about and about some you don’t even have idea. So Let’s get started with this article. 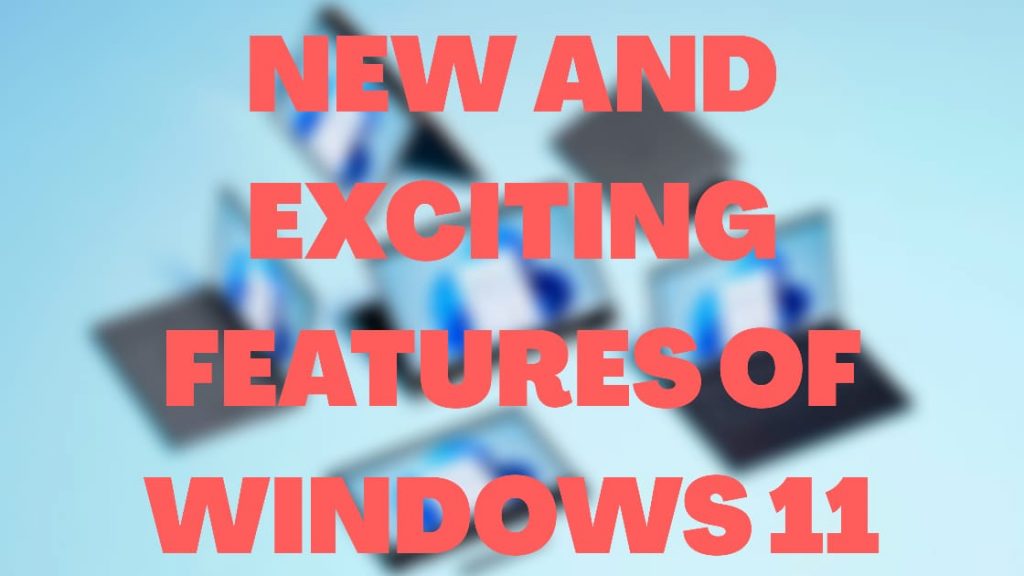 There are Five new wallpapers for windows 11. One of those wallpapers will come with the default wallpaper of the Windows Desktop Background and You may also use these Wallpapers as Lock screen Background. 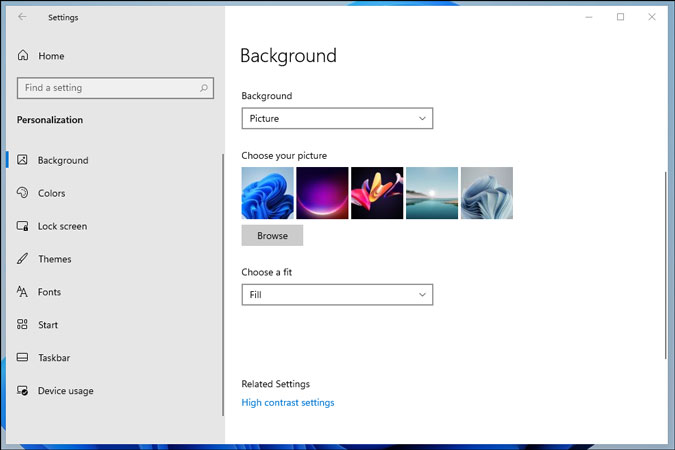 There were several default windows 10 themes which are gone now. Windows has decided to give a new look to their themes and wallpapers. They have included new 6 themes for Windows 11. All the 6 themes come with the different color schemes. The names of themes are as follow. Windows (Light), Windows (Dark), Glow, Flow, Captured motion, Sunrise. All the Six themes are very colorful and eye catching. So you better try out. 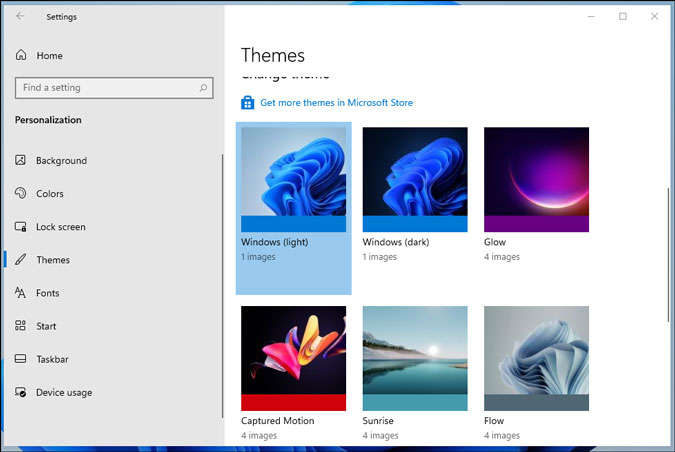 When it comes to the question that “What do you see after login Chime?” The most common answer is the Taskbar. Some will prefer wallpapers too. But earlier in this article we’ve talked about the Wallpapers of Windows 11. People often play with the taskbar when they are doing nothing with their PC.

Microsoft has completely redesigned their Taskbar and with a point of view of having extra Spotlight on the taskbar they have centered the alignment of Start Menu and Application Icons. This Centered Alignment will definitely give you the MacOS feeling.

System tray is as it was, on the bottom right corner. If this does not seem good to you then you can also change it and shift start menu to the left corner. But try this out once, you will feel good.

Start Menu has the new Design too. Live tiles are gone for good, and you will have your all favorite apps pinned on the top and you may also customize it. This will also show you the recently used application, seen picture etc. The application will open now with a single click.

With new features, there comes bugs too and some earlier beta testers and users have reported that in some cases the Windows 11 Start Menu is not working as expected but the fixes for the same are available too. Anyways, we hope Microsoft fix these issues in the upcoming updates. 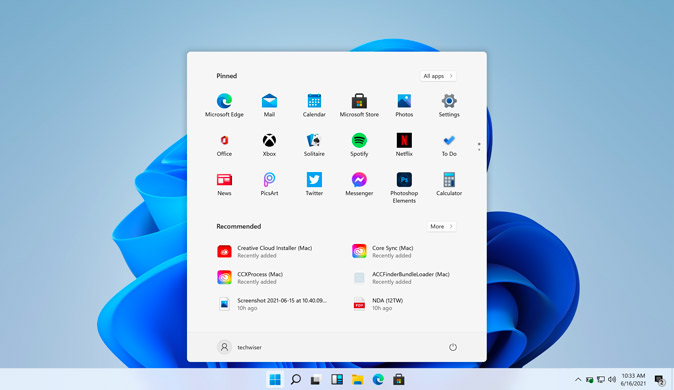 In windows 10 users had to download and install the windows terminal manually on their PC. But mainly in Windows 11 it comes with the Preinstalled Windows 11 Terminal. You may find sample picture of the In-built Windows terminal below. 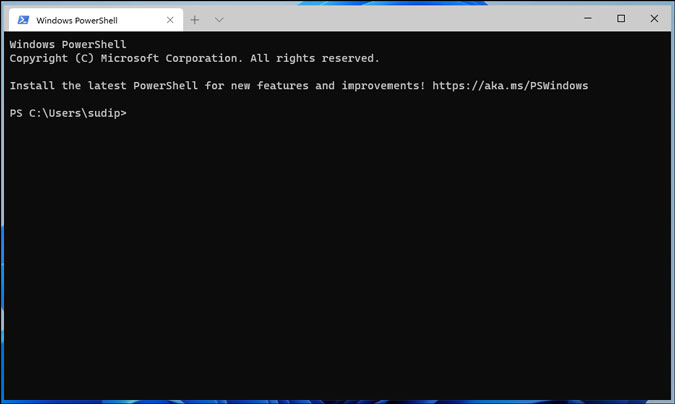 Feature 5: All about the Search Menu

The biggest change of the taskbar is that Microsoft has now separated the Search menu from the Start Menu. There are no changes in its functionality but the position. They have placed the search menu on the top of the screen so you may find your favorite and most used apps in advance. They are giving app suggestions depended on your usage, recently used apps, edge browser suggestion. The search menu of windows 11 is more like welcome addition.

But what is the motto of doing this while they’re giving you the recently used and Favorite apps settings in the Start menu? That i didn’t understand but it’s okay Let’s carry on with the next exciting feature of Windows 11.

Now about the small details of this new windows 11. The apps do not get attached to the taskbar, They float. Yes you heard it very right they float on the screen. To be more specific in Designing they have rounded corners.

This feature is consistent across the all over the Operating System. For example if you open the settings app, Windows explorer all windows will have the consistent Design.

The icons are the most little part yet the best part which all users do consider and take in account when new update comes. You want open the app if the icon is not good or not catchy you may say. You don’t have to worry about this part of the update because Microsoft has all new icons for every applications. The icons are even more vibrant with the hint of the shadow.

Feature 8: About the Dark mode in Windows 11

It is noticed that most of users use the dark mode instead of light. Talking about myself particularly, I use only dark mode. To add more the Dark mode of the Windows 11 is more colorful then ever. The start menu of Windows 11 is translucent which will give you the hint of the background wallpaper.

To be honest dark mode is my favorite thing in all the features of the Windows 11.

Feature 9: Microsoft and the Third Party Stores in windows 11

One of the best advice in this update that I would like to give you is that “Don’t Expect too much” because if you want all apps to be redesigned you will be quite disappointed. Except for the Microsoft store Notepad, Calculator, Action center, Even the settings menu did not get the new look or redesigned.

There were so many talks about having third party application stores in Windows 11 but specifically there are no third party app store built-in as of now. But as per the Microsoft official site and news, they are going to add Android Apps in the Microsoft Store with the help of Amazon App Store. So you can now Play Android Games or Use Android Apps on your Windows without installing any Emulator or Software. This seems cool and one of the most awaited features but let’s see when this actually arrives.

Widgets are the smallest yet the very well known aspect of the Computer world. Because of the help of the widgets you could help your self out as quick as possible. And to it’s a good news for all of the Windows users that they will have all new widgets in the Windows 11. Start menu>Widgets.

On the top you will have weather and other widgets.

Bottom is given to the Bing news.

Clicking on any article on “Bing News” will open the edge.